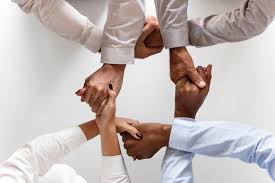 This message is for all of humanity.

I responded back to my colleague’s congratulatory email with the following:

The isolated success story above is a mere microcosm of what is a growing need for humanity. There has never been a time when we, as a human society, need each other more. There are a lot of successes we can celebrate. But none of them are possible without each other. Our own success is dependent on others. We cannot be successful on our own. We cannot even survive on our own.