Let Life Take You Along For The Ride : Spiritual Guidance Blog
1

Let Life Take You Along For The Ride 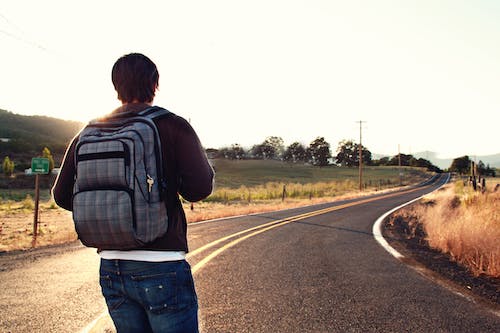 I recently decided to start a business. The business will officially launch in November 2020. From the moment the seed of this idea was planted, it took off and developed a life of its own. I decided to let it take me along for the journey.

There were numerous factors that influenced my decision to start this business; no one of them more important than the other. It was the combination of all the factors that finally made me decide to flip the switch and make it happen.

Once the decision was made to start the business, and the wheels were set in motion, all my efforts fell into place and everything went quite smoothly. The initiative took on a life of its own.

I smile when I think about the mystery of life and how we can never know what’s going to show up next. If you had told me six months ago that I would be starting a business, I may have thought you were crazy. I had no idea this was coming. It was not something I planned for. It just happened.

Alas…we can’t plan for life. We may think we can, but life just happens. There is a wonderful saying… ‘We plan and God laughs!’ Yes, God laughs indeed at the folly of our misguided belief we can plan for what happens in our life. There’s nothing wrong with planning, per se. Planning can be a very good thing. Take a grocery list, for example. It can be very helpful to have a grocery list so that when you arrive at the grocery store, you remember what you are supposed to pick up.

Those that can let life take them along for the ride are not immune to planning. But what these people can do is make adjustments to their life when their so-called plans don’t work out.